This week we start the first round of Old School RuneScape mobile beta releases, release the Leather shields update from last year and begin work on your suggestions for QoL month!

If you've been keeping up with our recent news posts, you'll notice that we said the Wilderness Rejuvenation II rework would be released with this week's update. Unfortunately, with the hustle and bustle of our first mobile beta release, detailed in this news post, alongside QoL month preparations, we've had to delay this until next week.

We always strive to deliver on our promises, but we'd rather spend the additional time to ensure this update comes out with the high standards you all deserve.

QoL Month is well underway and if you haven't already, make sure you head in-game and cast your vote! The poll will close on 5th February and most of the content will be deployed as part of our next game update on 8th February! The schedule for the remainder of QoL month is as per the below:

Week 4 - Minigames and other

Leather shields are a great alternative for those wishing to use one-handed ranged weapons. Whilst they're not considered top tier, they are affordable and fill an equipment gap that currently exists for mid-level players. 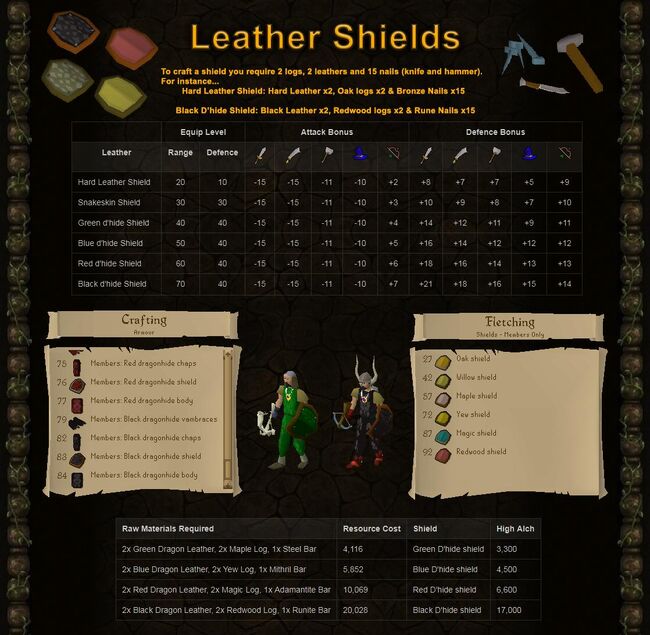 Crafting the full shields offers the same amount of Crafting experience per equivalent hide used in all other methods. For example:

Fletching the base wooden shields grants the same amount of Fletching experience as fletching a full bow of the same level.

As with our previous QoL month, two new Tournament worlds have been added.

As with prior releases you'll be given the freedom to select your own stats, and you'll have a wide range of equipment to choose from to handcraft your perfect set up every time.

Whether you've been playing Old School RuneScape for a week or since the release, Tournament worlds are the perfect way to develop and hone your PvP abilities (or just cause some carnage in the arena).

The Tournament World will be open for the duration of QoL month, so ready your arms, prepare your shield walls, and remember, it's not over until your opponent has fallen!

We're making great progress with the design stage of Theatre of Blood, Old School's second Raid, which was announced at RuneFest. We've touched on the subject of reward ideas over the last few weeks and welcome your suggestions for anything you'd like to see come from there! We're dedicated to working closely with you to make sure that its release is as strong as the Chambers of Xeric was. In the near future, we'll begin communicating with you all regarding the Raid design and rewards.