This week in Old School we've made some small changes to Great Kourend, adding in various training spots and NPCs, Zooknock has devised a way for you to relive your Monkey Madness II experience and necromancers can now create teleport tablets!

In order to create necromancy teleport tablets you must have the Magic level to cast the spell, the runes for the spell as well as a dark essence block. You must also be on the necromancy spellbook. 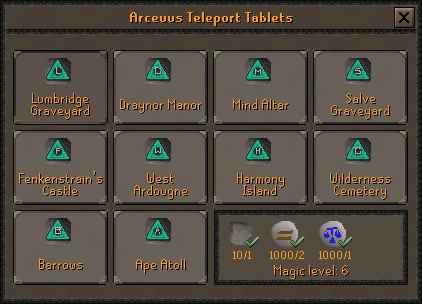 Following feedback from the community we have taken the first steps to bring a little more life to Great Kourend. Throughout the city you can now find mines, scattered trees, fishing spots and various monsters you might expect to find roaming around RuneScape.

On top of these additions, a few new shopkeepers have shown up in different parts of the city. If you have 20% favour in the relevant house, you can now grab weapons and armour from Shayzien, staves and runes from Arceuus and food from Piscarilius!

Monkey Madness II features one of the most challenging quest bosses in Old School RuneScape: Glough. To get through the three stages of this fight is something to remember, and now you can relive the experience.

With the help of Dom Onion, Zooknook has devised a way to send you back to that fight. Players who have completed Monkey Madness II can now talk to Zooknook, located in a house just north of the gnomeball field in the gnome stronghold, to fight Glough once more. 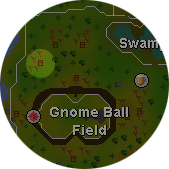 All of your battles with Glough are timed, letting you know just how quickly you were able to take him down. If you happen to die during a return trip to Glough, you will not lose your items.

Following player feedback, a few changes have been made to Demonic gorillas.

Retrieved from "https://oldschoolrunescape.fandom.com/wiki/Update:Necromancy_Teleport_Tablets?oldid=1795590"
Community content is available under CC-BY-SA unless otherwise noted.