QoL, Deadman and the Falador Party Room
This week sees the release of more outstanding updates that were polled during QoL Month, your usual round of bugfixes, updates to the proposed Theatre of Blood Tournament world rewards and a whole host of changes in preparation for the upcoming Deadman Summer Seasonal!

This Deadman Summer Seasonal is going to see some of the biggest and most drastic changes we've ever made. Whether you're a Deadman veteran or first time player, you'll want to make sure you've read up on all of the changes we're making in this news post. 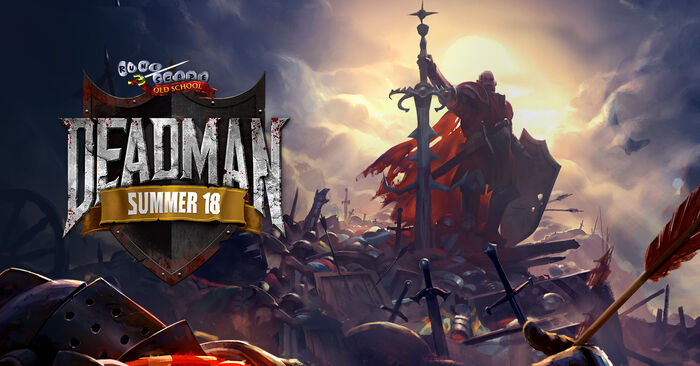 The Deadman Summer Season kicks off at about 10pm GMT on Saturday 17th March, just after the #DeadmanSpring Finals conclude! Get involved on Twitter using #DeadmanSummer and don't forget to watch all the action unfold on Saturday on Twitch.

We've been spending our time collating your feedback regarding the proposed Theatre of Blood rewards that are currently on offer in the Tournament worlds. If you missed it, you can catch up on all of the proposed changes in this news post. With today's game update, all changes highlighted in the linked post are now live!

As always, we'll be monitoring your feedback very closely. Further changes may be made where necessary and will be highlighted at the top of this news post within a changelog list. We encourage you to log into worlds 408 and 409 to test the rewards and provide any feedback in this forum post, Reddit (/r/2007scape and /r/oldschoolrs) or Twitter using #TheatreOfBlood.

Today we say goodbye to the 5th Birthday event we recently released in celebration of our, well, 5th Birthday. However, the fun doesn't end there! We heard how much you loved the museum and all of the content showcases on display, and so you'll now find that you're able to climb down the staircase within the Falador Party room to revisit it whenever you like!

The alch price of the Imbued heart has been raised to 200k when using Low Alchemy and 300k when using High Alchemy. This is to reduce the risk of accidentally alching such a high value item.

The Bank settings page now has the ability for players to add bank fillers in quantities of 1, 10, 50, X or All. Simply select the option needed and select "Fill".

The Skull sceptre now notifies you of the amount of charges it has left in the chatbox when using a charge to teleport. You can also check the remaining number of charges it holds whilst it's worn with a right-click.

The Karamja gloves 4 now has individual right clicks to each of its teleport locations whilst it is in the inventory.

Players may now reclaim the Bear head after killing The Kendal, even if they have not completed the Mountain Daughter quest. Return to the cave where The Kendal resides and search in the middle of the room to get a new one!