The Stronghold Slayer Cave is a vast network of tunnels recently discovered beneath the Gnome Stronghold. Nieve guards this cave and will only allow you to fight monsters assigned to you by a Slayer Master. The Slayer Ring has a new teleport option to the entrance of the cave. 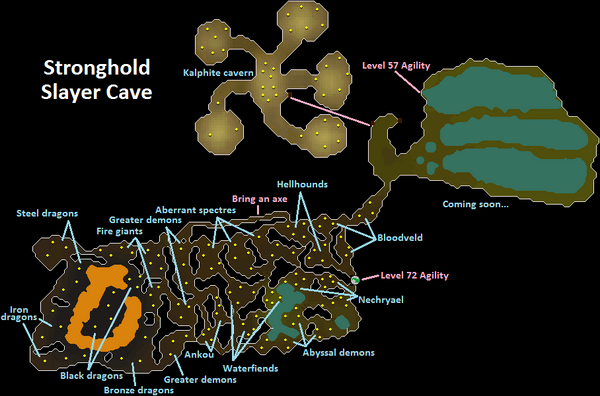 Another batch of Slayer Rewards sees eight more features added to the slayer points store; you can now unlock larger amounts of Ankou, Suqah, Spiritual Mages, Black & Metal Dragons and Abyssal, Greater & Black Demons. These can be turned off at any time but will not refund your points.

The Leaf-bladed Sword is now available as a drop from Kurask & Turoth, requiring 50 Attack and 55 Slayer to wield. 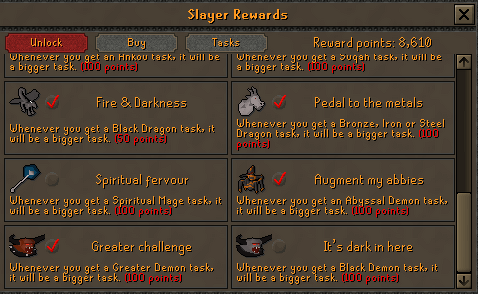 Over the next week we'll be finishing off the Cave Kraken, the level 87 Slayer monster that will live in the new cave. We'll also get started on some of the quality-of-life jobs from Content Poll #15.

Tune in to our next Q&A livestream tonight at 5pm GMT as we discuss Nightmare Zone XP Rates.

Please head over to the forums to discuss the update.

Retrieved from "https://oldschoolrunescape.fandom.com/wiki/Update:Slayer_Cave_%26_High_Risk_Worlds?oldid=411272"
Community content is available under CC-BY-SA unless otherwise noted.