Superior Slayer Encounters
It is time for slayers to take on a new task. Introducing superior slayer encounters!

Fancy a bit of a break from your long slayer task? Want a bit more of a challenge after having killed 100 of the blasted things? Well, superior slayer encounters are for you!

Once unlocked, you'll have a small chance of encountering a superior slayer monster on any of the following tasks:

If a superior slayer monster spawns for you, only you will be able to kill it. If you choose to take it on, you'll receive three rolls on the drop table of the standard slayer monster.

On top of three loots in one kill, there are also some brand new drops available from superior slayer monsters.

The mist battlestaff provides unlimited air and water runes when equipped. It requires level 30 Magic and level 30 Attack to equip. It also provides the following stats: 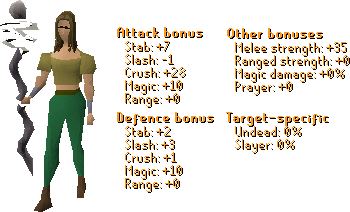 The dust battlestaff provides unlimited air and earth runes when equipped. It requires level 30 Magic and level 30 Attack to equip. It also provides the following stats: 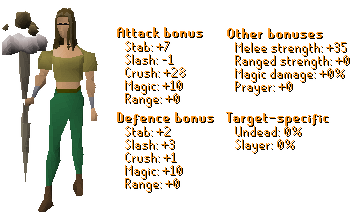 The following slayer monsters have had their drop tables improved:

The average drops of these monsters has been taken up a fair bit, making them much more lucrative to kill.

The drop table improvements for kurasks includes the addition of the leaf-bladed battleaxe, a brand new weapon capable of damaging turoths and kurasks. 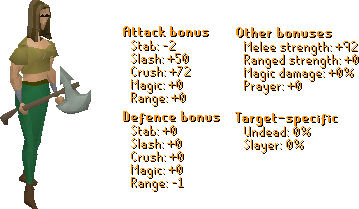 If you wish to use the furnace on world 358, deposit coins into the coffer found just near the bank chest. Once you have deposited coins, they will constantly drain as you use the furnace. You can withdraw your coins at any time.

At no point will players be able to interfere with Stumpy, Pumpy and Dumpy's running of the Blast Furnace on world 358. If you would like to aid with the running of the furnace, you can do so on any other world.

We've made quite a few changes to the Wintertodt this week following feedback from the community:

Retrieved from "https://oldschoolrunescape.fandom.com/wiki/Update:Superior_Slayer_Encounters?oldid=2557809"
Community content is available under CC-BY-SA unless otherwise noted.