The final area of the Final Hour is announced, plus we have some exciting tweaks for the Winter Season! 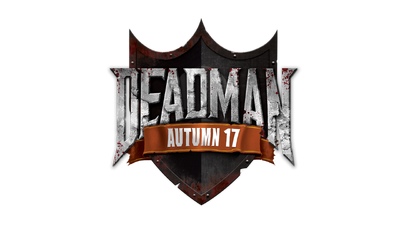 The Deadman Autumn Invitational starts on Monday 18th September at approximately 12pm UTC. We'll put the countdown until the Invitational's kick off on all of our social feeds, plus we'll be posting it right here in the news section too!

The Invitational will conclude with the Final Hour, which we're incredibly excited to host live from RuneFest 2017! We'll be streaming the Final Hour live from twitch.tv/runescape at 4pm UTC.

We've got all our Deadman Mansions streamers playing on stage and the event will be hosted by Mods Archie and Sween! Shoutcasting the Final Hour we have PureSpam and Skiddler.

RuneFest is jam-packed full of content, including the Final Hour at 4pm UTC. Click here to see the full schedule

The final area, where Deadman combatants fight to the death in the final moments, is a key part of each finale. Therefore, RuneFest will play host to a Final Hour that’s bigger and more intense than ever before.

In the closing moments of the Final Hour, Falador will be come the center of attention! However, that’s not all.

When we reach 200 players, we’ll be transporting them to a new, Deadman-only archipelago, where they’ll be divided randomly between four islands. On each island, players must fight to the death until just one player remains. The surviving four players will then be brought to the final island, to engage in two 1v1 fights, and a final 1v1 fight to decide the winner.

Those too cowardly to fight to the death on their island will be killed instantaneously.

To match the intensity of this Autumn's Invitational we're giving that final player standing a whopping $20,000 in prize money!

In addition to that, the winning team from #DeadmanMansions will get $10,000 to donate to a charity of their choice. 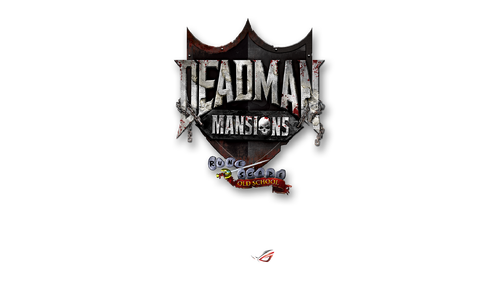 From the 17th - 22nd September we'll be hosting Deadman Mansions, powered by ASUS UK, with B0aty and Faux leading the teams! Note that teams will move out of the mansions on the 22nd, but the tournament still continues until the evening (BST) of the 23rd.

Be sure to join us throughout the week on twitch.tv/runescape at 8pm (we’ll let you know if any days change!) and also on the RuneScape Twitch Directory where you’ll find all 10 players streaming at some point each day.

We like to keep things fresh in Deadman so for the Winter Season we're making the following changes.

In the Autumn Season we brought in an XP cap that limited combat XP to 1 million XP per day. We received lots of feedback on this cap, so for the Winter Season we are capping this XP at 500k per day, or 750k per day in Attack and Strength. Hitpoints is not included in this cap. 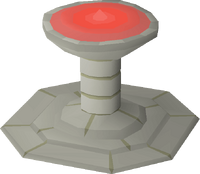 The Pools in Player Owned Houses are now unusable if you've been in combat in the last three minutes. This will counter clans using one player’s pool for infinite special attack.

We know that our Deadman players like to quest to gain advantage over their opponents, and that's why we'll only be completing certain quests after week one. This will allow the dedicated players to earn their escapes that come from completing quests.

Desert Treasure will automatically be completed for all players after two weeks, however Ancient Magicks will not be available before that date, even if a player completes the quest for themselves.

Part of Deadman has always been that the spawn locations are locked off by clans. This wasn’t what we intended with Deadman so therefore we’re giving all players the option to respawn at the Grand Exchange. This will allow players to re gear and play Deadman the way it was intended.

With this change we’ll also be adding a Deadman Chest at the Grand Exchange so you can loot the chest there.

Raiding your fallen foe’s bank after you’ve killed them is extremely satisfying, there’s nothing better than discovering a huge stack of supplies or even a whip or two.

However, we’re making some tweaks so that when you die you only lose 80% of your stacked items in your bank, and this only applies to stacks of 5 or more.

For example if you had a stack of 86 sharks and you died to another player, that player would receive 68 sharks, leaving you with 18 sharks. This is always rounded down. 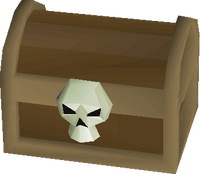 This change will allow fallen players to fight again, to battle on, and give them the chance to take back their items from their nemesis.

We’re making a change to these furry little critters so that releasing them doesn’t stop a PKer being able to loot it. Hunter just got a little more dangerous!

Saradomin Brews in Deadman are hard to come by. We’re going to spice things up a little and add Saradomin Brews to the Wilderness Bosses drop tables!

The dose drops are still to be decided and balanced, but we’ll keep you informed throughout the process.

A simple fix, yet one that’s been requested many times. We’ll be moving the Deadman icon so that you can see which level of the Wilderness you’re in.

Unfortunately spamming doors so that they remain closed has become a common tactic in Deadman. Whilst the occasional door slam is great, this goes too far. We’ll be making some changes in Deadman, starting with the invitational tournament week, to attempt to mitigate this.

In Deadman there is a huge rush for supplies. We’re going to rework some of the shops stock so that they regenerate faster, allowing for more players to get the supplies they need.

We hope you enjoy the Deadman Invitational and look forward to the changes for the Winter Season.

Don’t forget to tune into Deadman Mansions from 17th - 22nd, plus RuneFest and the Deadman Invitational Final Hour on the 23rd!

Retrieved from "https://oldschoolrunescape.fandom.com/wiki/Update:The_Deadman_Autumn_Invitational,_and_Winter_Season.?oldid=4720082"
Community content is available under CC-BY-SA unless otherwise noted.