The day has finally come... The Grand Exchange is here! Grab your cash stacks and loot piles, it is time to get trading.

Update: We've made a few small changes to the Grand Exchange since release. You can read the details here.

The Grand Exchange is finally here. Head north-west of Varrock to get trading with your fellow Old School players.

We've kept everything about the Grand Exchange as close as possible to the version of the G.E. that most players will be familiar with (excluding a few additional features). In the coming weeks, we'll be polling a selection of your feedback requests. These might be extra buttons and features that we could adapt from RuneScape 3's G.E., or completely new ideas for Old School. So if there is an extra feature you'd really like to see, let us know.

The G.E. has initial prices for all items, largely taken from activity on the old Trading Post and from Zybez's excellent trading guide, among other sources. Players are free to ignore these prices completely, and to offer whatever they like. Over time, as you trade on the Exchange, the system will adjust its prices towards the true market values of the items. You should expect large changes in prices over the next few weeks; the Grand Exchange makes it much easier for buyers and sellers to find what they want, so there'll be less of a need to pay premium prices for obscure items. So if a guide price doesn't look right to you, please give it time to adjust. 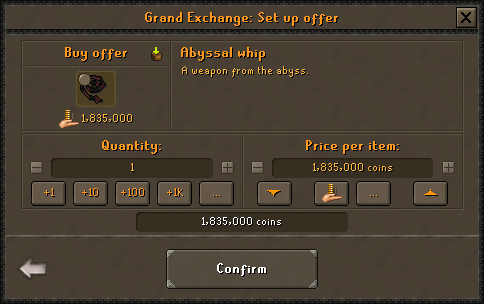 The Grand Exchange has limits to the rate at which a player can buy items. These were introduced to discourage players from trying to mess around with the economy by monopolising critical items. Old School RuneScape has these limits too. For launch, we've deliberately kept them on the conservative side - with no limit on the prices players may offer, price manipulation is considerably easier here than it was in 2007. Over time we expect to be able to relax the limits.

Players or groups of players should not attempt to manipulate the price of items through controlling their supply or demand. We are considering this to be a reportable offence under item scamming. We have multiple back-end systems that will allow us to identify manipulation proactively and will be keeping a very close eye on any attempts at price manipulation through the Grand Exchange.

The Exchange clerks can pack items into sets, like the Trading Post used to do. For this update, we've added a few more sets to their list. There are a lot more we'd like to do in future updates, when time permits. 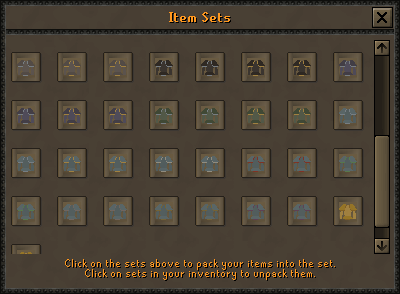 For our grimy herb graphic, we've currently preserved the Old School herb model, so the "cleaned" herbs look exactly like the identified herbs always did. However, we've had a few players saying they'd rather we changed the model to match what RuneScape 3's used over the years. If that's something you'd like, we'll put it in a poll forthwith.

Special thanks to Mod James H for lending his time to help test the Grand Exchange.

Join us later today for the Old School developer Q&A on the RuneScape Twitch chanel. We'll be answering the most pressing questions from the Old School community live at 5pm GMT.