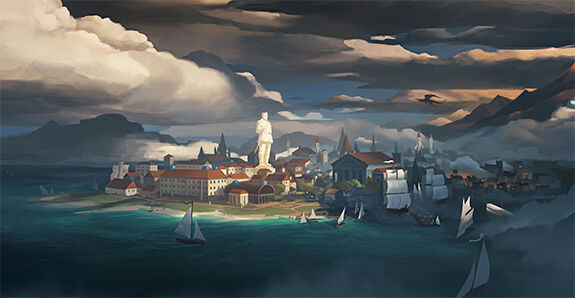 Zeah has arrived! The magnificent city of Great Kourend is now available for all to explore. Great Kourend offers a plethora of new ways to train and use your skills. Fast paced farming, blast mining, blood & soul Runecrafting... This bustling city is packed with interesting new content for every type of RuneScape player! 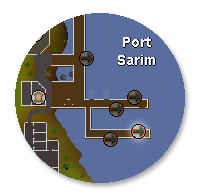 Head to Veos, who can be found in the south east corner of Port Sarim, and he will happily take you on a voyage to Great Kourend!

Upon arriving in Great Kourend you will notice that this is no ordinary city. Five houses have taken ownership of five different parts of the city. Each house has their own unique trades and specialties, often restricted to those that have proven their loyalty to the house. 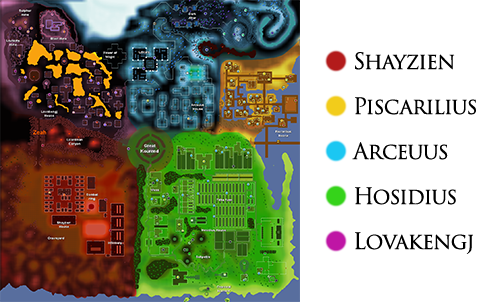 If you wish to take full advantage of all that Great Kourend has to offer you first need to make a name for yourself with a house. The favour of a house is earned by completing various tasks around the city which help support them.

As you earn the respect of a house you will find parts of the city opening up to you, giving you access to all sorts of new content! From new training methods for various skills to new monsters to kill, and even a new spellbook!

Unfortunately, earning favour with one house will lose you the favour of others. That leaves you with a choice: which house will you stay loyal to?

The Shayzien house provide law, order and defence for Great Kourend. Earning favour with the Shayzien house will require you to aid them in the defence of the city, prove your combat prowess and help maintain order.

Earning the favour of the Shayzien house will give you access to several new sets of armour and the ability to help take out organised crime in Great Kourend!

The Piscarilius house supply all of Great Kourend with fish, imports/exports and transport. They are also notorious for being the root of much of the theft around the city. Earning favour with this house will require you to help maintain the fishing operations and showing your knack for thieving.

Earning favour with the Piscarilius house will give you access to anglerfish fishing. The anglerfish is a new food which heals you based on your HP level (healing 22 at 99 HP). The anglerfish can also be used to heal above your max HP!

The Lovakengj house help provide arms for the Shayzien forces, focusing on Mining and Smithing as crafts. Earning favour with the Lovakengj requires you to assist in the collecting of resources for blast mining and the creation of armour.

Once you have earned the favour of the Lovakengj house you will be able to take part in blast mining minigame, earning yourself mining experience and resources.

The blast mining minigame involves creating dynamite and using it to blast chunks of valuable ores from within hard rock. If you're looking for a new and enjoyable way to train up your mining, blast mining might just be it! 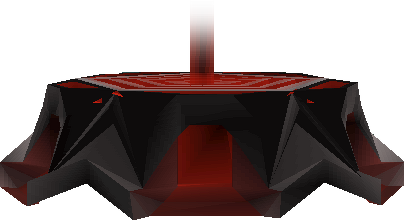 The Arceuus house commit themselves to studying religion, expanding their magic abilities and producing runes for the region. Earning the favour of the Arceuus can be done by assisting the Arceuus Elders with expanding their knowledge, seeking your own dark knowledge, mining rune essence blocks and using the necromancy spellbook.

Once you have earned the favour of the Lovakengj house you will be able to craft blood and soul runes at the respective altars. The crafting of these runes is not quite what you are used to with other Runecrafting altars so be prepared for a new challenge! 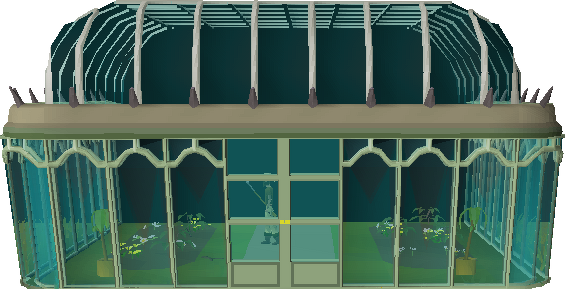 The Hosidius house specialise in agriculture, providing much of the region's livestock, farmed food and herbal supplies/medicines. Earning the favour of the Hosidius house can be done by helping with the production of farmed foods and preparing food for soldiers.

Once you have earned the favour of the Hosidius house you will gain access to both the city kitches, which boasts a 5% reduced chance of burning when cooking using their ranges, and the Tithe minigame!

Tithe is a fast-paced Farming minigame which allows you to gain Farming experience in an engaging and exciting way. You will oversee the growth of several exotic plants, all of which require a large amount of care and attention in order to see them grow successfully. You will be racing to keep all of your crops alive at once in order to get the most out of your time playing Tithe.

What are you waiting for? The next step in your Old School adventure awaits! Head to Veos in Port Sarim and get to work making a name for yourself in Great Kourend.

Retrieved from "https://oldschoolrunescape.fandom.com/wiki/Update:Zeah:_Great_Kourend?oldid=1016983"
Community content is available under CC-BY-SA unless otherwise noted.