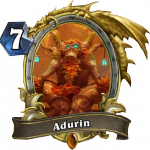 I used to play Runescape back in the day during the early 2000s. Played during the released of many important milestones like God Wars, Corporeal Beast, and up to the Summoning release back during original Runescape.

I since left and came back when OSRS was launched a bit after. I'm mainly a skiller in game although I play all aspects of the game.

I'm quite knowledgeable with the game, having done almost everything in it. If you ever need help just pop into my CC and I'll be there to help out whenever I'm on.

I try to help this site whenever I can by adding whatever might be missing as I browse the site or new updates come.

Retrieved from "https://oldschoolrunescape.fandom.com/wiki/User:Adurin?oldid=7173180"
Community content is available under CC-BY-SA unless otherwise noted.