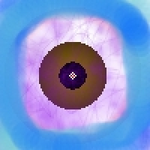 I guess these pages are for, like, introductions or about me or something? I'unno.

I (as Pie Guy 001) quit playing Rs2 in early 2012 after getting Woodcutting, Smithing, Fishing, Cooking, and Quest capes (and maintaining that Quest cape for a few months!) because of that stupid wheel with the microtransactions. Given what's happen since (Guthix is dead for some reason, nothing makes sense anymore, most new quests don't require old quests, the microtransactions are worse, and... I don't even want to know what's up with that EoC nonsense), I'm glad I did. I imagine that sentiment is common around here.

When I heard about 07scape, I resisted really hard because I knew I'd end up hooked again. Then it was f2p. Then I couldn't resist anymore. Then I fished enough lobsters to buy a whip (at, like, 50 something attack because I'm an idiot) and used bonds from Rs3. Then there was an Amazon sale on memebership. Now I'm minimum 6 months hooked.

Now I derp around the wiki while doing stuff. I tend to only edit things to correct grammar or clean up sentence structure.

Hoping to get my Quest cape back, since it was always my favorite, but it will feel pretty hollow given that my favorite quests (RoTM, WGS, Chosen Commander, Land of the Goblins, Legacy of Seergaze) will never be there. Maybe Zeah will have quests. Maybe the community won't vote down all Zeah's quests. I still can't believe they voted down Smoking Kills. I really can't believe they voted down Artisan, but that's unrelated to quests.

I'm rambling. Be glad that I don't try to do content.

Retrieved from "https://oldschoolrunescape.fandom.com/wiki/User:Turnoverman?oldid=297309"
Community content is available under CC-BY-SA unless otherwise noted.