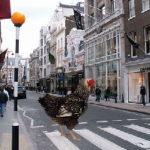 Welcome to our wiki, and thank you for your contributions! There's a lot to do around here, so I hope you'll stay with us and make many more improvements.

Recent changes is a great first stop, because you can see what pages other people have been editing, and where you can help.

Questions? You can ask at the Help desk or on the discussion page associated with each article, or post a message on any editor's talk page.

Need more help? The Community Portal has an outline of the site and links to pages to help you learn how to edit.

Please sign in every time you edit, so that we can recognise an established user.

Learn how to customise your userpage.

rollback rights. You can undo a bad edit in one click.

#REDIRECT [[PAGE NAME]] to redirect a duplicate page to one that already exists. --

been doing a ton of reverting work lately, I think it's only appropriate you give you administrator rights. You'll be able to block users, in addition to being able to protect pages as well as delete them. If you have any questions feel free to leave me a message on my talk page. --

Use your own best judgement. --

Meant to remove the link to MM2 from the Required for completing section; pls don't kill me --

Why did you undo my page changes (http://2007.runescape.wikia.com/wiki/Fire_giant), the steel arrows one? They do are a drop from Fire giants..

Do me a favour mate

And tag cleanup on all those dwarf pages? --

I got some account-issues I need help to fix up. Earlier on this oldschool-version I had a user named "tco_sivah6", which I can't log in to anymore. When i used my registered e-mail i returned to the tutorial as a lvl 3. My earlier profile had started a process I don't want to restart.

My question is: are you able to help me open up the correct profile (as I can see exists on the highscores)? I might confirm the registered e-mail.

Thanks for your help with Ed Wood, I appreciate the professional touch. How did you create the NPC picture? Did you clean it up with an editing program?

Accidently added a video to the wiki. Also was wondering If I could add a audio book reading of the various books found in Oldschool. Think it'll be a quality addition to the wiki

Are you any good with basic geography, specifically reguarding the European part of the world? I'm currently making an infographic that will be used on a page in both wikis, but I want someone else to take a look at it. Stop in S:C if you can :# --

No problem. Thanks for clearing up the first half of Category:Needs release date too. --

Saw that you undid the "Quest item" section of some pages I edited. My bad. I assumed that because they were used in quests that they were automatically quest items too. But apparently the "quest item" section only refers to items only obtainable from quests. At least that's what i'm assuming now. I just wanted to let you know that I saw your edits and that I'll keep this in mind for next time.

I would like to know something.. Why did you delete the thread "most known runescape clans" I made the page to give all the new players that visit this wikia a headsup. There are so many new players that dont know what clan to join.. It would be a great idea to make a thread about all the most known helpful clanchats out there. I tried to advertise the clan "ger 07" for beeing the most helpful german clan ingame. There is literally no other german clan that helps new german players.

Anyways, thanks in advance.

That moment when you forget to add a heading

I would like to ask something.. Why did you delete the thread "most known runescape clans"?

I made the page to give all the new players a opportunity to join a helpful clan. There are so many new players that dont know what clan to join.. It would be a great idea to make a thread about all the most known helpful clanchats out there. I tried to advertise the clan "ger 07" for beeing the most helpful german clan ingame. There is literally no other german clan that helps new german players.

Anyways, thanks in advance.

Hello, I have a strange request... I was wondering if you could delete the talk pages under my current username and my old username because I don't want the two to be linked and I want the history to be kept private. Staars 23:01, November 25, 2016 (UTC)

Some people miss the old old page (without tables) because it doesn't show the quest requirements anymore. I personally like the new style with the tables and think we should keep it, but maybe we should replace the, for example, 'Agility requirement' with just 'Requirements' and put in the old Skill icons with the level next to it.

Also next time when you're making a significant change to a high-traffic page, pls tell me. --

A file I just deleted from your first day of editing, and one of my first ones here too... do you feel old yet? :) --

As you might have noticed, the RS Wiki is now an official Discord Partner. Well that doesn't really affect stuff here much, so that's cool.

I recommend that you join the Discord server, mostly to keep in touch with other Wikia members, in particular admins from both the RS Wiki and this wiki. You don't have to, but we, the cool kids (as in me, Brok Enwings, Sword Frog, Scuzzy Beta, and Shoyrukon), are here if you ever deicide to. --

Unless they're a huge repeat-offender, stop blocking IPs for 3 months. Not only is that restricting a specific user from potentially doing good-faith edits for 3 whole months, but it can also accidentally block other editors who share a same/similar IP.

It's not just him, we've all been doing that, because I set the example first. For the past 3+ years I've adopted a "six month block only" policy towards vandals. This was because back in late 2013, vandalism was extremely widespread and many of these vandals were repeat offenders. Now that we have a somewhat satisfactory abuse filter and a somewhat acceptable amount of active admins, we'll be blocking 3 days to a week by default, depending on the initial edit. --

Thanks for taking care of that, I tried moving it to his userspace first but i got extremely confused. --

Just a heads up, I blocked the IP because "dodge charger" is a racist-implied term used by some Ice Poseidon fans, hence their intent was only to vandalise. — KnazO 17:49, May 21, 2017 (UTC)

Small and quick thank you for cleaning up after some of my mistakes. And of course apologies you had to at all. HeirApparently (talk) 23:38, June 7, 2017 (UTC)

Hello BombooPro, Recently, our host site, Wikia is in talks of disallowing external images (such as the ones hosted on your profile) to work. However, before this change happens, I'd like to tell you a couple ways around it.

Of course, if you have your own wiki, I suggest you do that to, but its ultimately up to you. This is a response to changes discussed on A Fandom Staff's talk page. To clarify again, soon, imgur/photobucket images will NO LONGER BE SUPPORTED.

I just wanted to give you a heads up prior to this change - I hope my personal wiki can serve to help.

P.S. This was intended for mass consumption and i was too lazy to make a version for people already in the know so pls no h8 --

Hey, i was killing some Deviant Spectres at the Catacombs of kourend, and then i got a Repugnant Spectre monster to kill from the encounters, while killing it I weas checking the "Repugnant Spectre page" to see the drops, and I saw that the page says 100% drop rate for totens, but when I killed it, i got no totem. I don't know if it's a bug, or a specific situation, but I got no totem lol... —The preceding unsigned comment was added by Brunobenvegnu (talk) on 19:18, June 24, 2017 (UTC).

The dwarf named Gadrin, he used to be called Dwarf. The mining guild expansion update gave him a name, so you should probably change some things in his page, like the release date and trivia section. --

Hey, I hope you're not too busy tomorrow. Fossil Island is coming out and I'll need all hands on deck. :)

Hey. There are relatively important discussions going on between Jagex and the admins of both this wiki and the RS3 wiki. I believe you are already in the wiki Discord server. Would you be able to look in the #jagex channel in the server (particularly at the pinned messages)? Thanks — JaydenKieran (talk) 14:24, September 7, 2017 (UTC)

Hi, I uploaded various pictures in the construction content pages of rs wiki today, with  the help of Spineweilder, thanks for helping me to clean them up a bit, im not familiar with wikipedia editing/coding.

I screwed up D: welcome back :D mind coming in discord for a few minutes? --

Hello, won't you submit a photo for the Wiki's ninth annual family photo? Hoping to have more OSRS editors in it :) --

Hey there, can you hop in the discord when you have a chance? We have some important things to discuss. --

Retrieved from "https://oldschoolrunescape.fandom.com/wiki/User_talk:BombooPro?oldid=7394441"
Community content is available under CC-BY-SA unless otherwise noted.