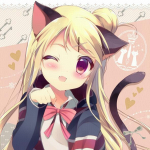 That's understandeable but I feel like it's just a waste to provide really poor choices of gear even if its the "next" in line. There is absolutely no reason why a player should still have an Ava's Attractor, when an accumulator is a level 30 Ranged upgrade that costs virtually no money. It's just misleading, and might give new players the impression that it's actually not a bad option there, when it definitely is.

Also no offense, but if you are going to purposely allow subpar items to be included in these setups, you should at least order them correctly. Despite the measily +2 range bonus, there is virtually no reason to use the attractor over the Ranging Cape, as it provides defenses to both mage/range as well as a +4 prayer bonus, as well as saving much more amunition. Also as for the Salve vs Anguish argument, that really isn't sensible. The salve ammy is incredibly easy to obtain while providing an immensive amount of DPS increase at Vorkath. The Anguish is a 16m amulet that is not only much harder to obtain in terms of pricing, but is also much worse than Salve. I see no reason to include it because again, it could give players the wrong idea. By showing Salve as the only option, it basically says look, if you want Vorkath to be worth killing, get Salve, otherwise you shouldn't bother. This is a fact, not a suggestion.

There are so many setups on this wiki that are hilariously outdated or subpar, and I don't want to spend a lot of time changing them to be more up to date if I'm being told to hold off on changing things because "it's an option". If something is really bad and hardly worth using, it shouldn't matter if its an option or not. It should not be included period.

Hey, this message is to let you know about this thread about forking away from Wikia/Fandom, just incase you missed it. This is also a great opportunity for you to give any feedback for the fork site and propose anything you'd like to see going forward. - iN008talk 20:53, September 26, 2018 (UTC)

Retrieved from "https://oldschoolrunescape.fandom.com/wiki/User_talk:Elven_Core?oldid=7380194"
Community content is available under CC-BY-SA unless otherwise noted.