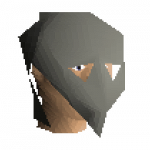 Yeah, I was trying to put those ogg files on Quest but it didn't let me due to "The modification you tried to make was aborted by an extension hook", it'll be nice if you could do it though. Hurtado720 (talk) 21:16, September 8, 2015 (UTC)

Could you make a Venenatis strategy page (and also make the tab things that are on major bosses like Araxxor on it) Funds (talk) 00:54, September 10, 2015 (UTC)

I can get the strategies based on guides I see. I just tried making the Venentais strategy page (barely anything for suspicions) and this is what happened:

Current map is outdated; extra space was added containing 7 black dragons, 10/11 blue dragons and 8-11 black demon spawns. This extra area is accessed from an offshoot in one of the steel dragon areas. Funds (talk) 18:21, September 17, 2015 (UTC)

Do you have any spines for sale?

Beat me to it.

What is the problem with all the correct stuff you edit ?

I don't understand why you need to modify those.

ex: The display case information reads as follows: "A battered and bent coin with Zamorakian markings. It bears the word 'Senntisten', which we believe to be the original name of the city, Saranthium, before it was rebuilt by those loyal to Saradomin. Partial numbers on the coin would indicate that it is from the year 3740, presumably from the 3rd Age."

"A battered and bent coin with Zamorakian markings. It bears the word 'Senntisten', which we believe to be the original name of the city, Saranthium, before it was rebuilt by those loyal to Saradomin. Partial numbers on the coin would indicate that it is from the year 3740, presumably from the 3rd Age."

The Infused wand is an item from the quest, What Lies Below. It must be brought to Surok Magis for him to prepare a spell.To create the infused wand, players must use the wand that Surok gives them on the chaos altar, with 15 chaos runes in their inventory.

The Infused wand is a members-only quest item used only in the What Lies Below quest. It is obtained by infusing an ordinary wand at the chaos altar with 15 chaos runes and is then given to Surok Magis.

There's no typo problems and still you change the stuff, why ?

Thanks for adding all images by the way, nice stuff !

please go here and push through my edit http://2007.runescape.wikia.com/wiki/In_Aid_of_the_Myreque?action=edit&section=3

this was my edit:

. Then, ask Cornelius what to do and an option will appear to recruit him to work in the bank.

Almost every edit I've ever tried to make has been flagged as "anti-meme". please fix or disable the anti-meme rule, it's ridiculous.

you dumb fucking asian you have no fucking brain  —The preceding unsigned comment was added by CarbonHost (talk) on 19:27, October 27, 2015‎ (UTC).

Hey Spineweilder. Thanks a ton for making those examiner pictures transparent.I didn't have the time. You helped me with my very first submission. :)  —The preceding unsigned comment was added by MeryXmas (talk) on 11:42, November 3, 2015‎‎ (UTC).

Is there any chance of having a ge buy limit added to the item template? This would be nice because I hit item limits a lot when flipping and I'd like to help out a bit by noting the buy limits on some items to help get a list started as the current page doesn't cover a lot of items [[[User:All Over1|All Over1]] (talk) 00:07, November 7, 2015 (UTC)

Thank you sir. Appreciate it.

Wouldn't the attack style be better this way in the template code:

for example? This is just my opinion but I think that would be a simple way to do it, not usesmelee etc.

Created an animated version of the fire cape (detailed). http://2007.runescape.wikia.com/wiki/File:Fire_cape_detail_animated.gif what do you think?

Thanks for fixing the fire cape! :)

Thank you for telling me that! I thought assign the images to a Category is enough. And sorry you had to fix my mistakes, wont happen again. --

I think an addition of alch values row of a monster's drop beside the GE prices will be incredibly helpful. What do you think? Nonresemblance (talk) 15:21, December 3, 2015 (UTC)

ah i see i was just filling in the areas for release date and stuff didnt know how it puts it in the code line and stuff sorry how do i know what line itll show up on cause i know release should be towards the top but when i do it it somehow puts it at the end lol Icenite (talk) 06:41, December 11, 2015 (UTC)

I would like to report vandalism by this user.

Can we change the weapon attack speeds to correctly match those set by JaGex? The wiki is causing confusion with new weapons (such as the Dragon Warhammer currently). Each speed = 1 tick. Therefor, whip is OFFICIALLY 4 speed according to JaGex, not 6. I'd happily help edit the weapons, but I'm not sure how to edit the speed bar in the stats template to go across the whole wiki. Royoffire (talk) 00:14, January 13, 2016 (UTC)

JaGex's attack speeds are based solely off ticks required for the weapon to perform it's attack. Such as: Accurate on a shortbow is Speed 4, which is 4 ticks of 0.6 seconds, or 2.4 seconds. Rapid being speed 3, 3 ticks: 1.8 seconds.

As I said, I'm happy to help edit the pages.

Hey there, I saw the pic you contributed to the "Ranger's Tunic" page, and I thought the tunic looked cool with the armguards that you can get at the Clothing Shop in Varrock that you had equipped. However, after choosing that arm style at the Clothing Shop and equipping the tunic, the armguards disappear. Does this happen to you atm, and if it does, do you know why? (Some form of patch?)

According to this, (and testing I did in game) the previously listed experience included the 50% bonus from the altar (which was removed).  Therefore, only the base xp was doubled.  In otherwords the xp was only increased by 33% of the previously listed xp, and not doubled as the current page suggests.  —The preceding unsigned comment was added by 70.178.226.22 (talk) on 06:19, January 16, 2016‎‎ (UTC).

Hi, today you deleted this page, which I created thinking that it would make a great contribution to the game's social experience. I would like to know the reasons why it got deleted and, in case it cannot belong in this wiki by any means, if I can, at least, have my text back. I worked on it for a time and don't have a safe copy.

Hey Spine, just wanted to let you know that I'm sorry I didn't end up helping out with Zeah. At the time I had every intention of doing so, but, you know, I didn't allow enough time for it, life got in the way, et cetera and now I'm heading back to uni on Monday. Hope you're well and that the osrs wikistuff is going alright. Let me know on my talk if you want me to help out or anything (you know, shift off some of the simple-but-tedious editing, division of labour etc.). Temujin 10:47, February 7, 2016 (UTC)

Should remove the section in all ensouled heads/reanimate spells' wiki page that says you can only cast within range of the dark altar OR add the section that further explains you can cast the spell in a time frame after you receive the head.

There is a section in the Arceuus Spellbook page that reads:

" It can also be cast anywhere across Gielinor without the aid of the Dark altar if you receive the ensouled head as a drop and use it within a certain time frame in the area (trading the head and/or teleporting remove the ability for the spell to be cast outside the range of the dark altar)."

Basically, if you get the head as a drop, you can instantly cast the spell right then and there to reanimate.  You can do so by either picking it up and casting it on the head in your inventory or by casting the spell directly on the enousled head on the ground.  After an unknown amount of time(?), you cannot cast the spell anymore.  You cannot have more than 2 reanimated creatures alive at the same time.  If you try to cast in combat, it will say "You cannot cast this spell while under attack" or something along those lines.  Interestingly, you can cast it in combat, so long as you do not take damage on the same tick as you cast the spell.  There is no drawback for casting outside of range of the Dark Altar.  Renimated creatures will despawn in about 30-60s after their creation (unsure of actual time, but is probably closer to 30).   Nobody can attack your reanimated creature, even in multi-combat

There are 3 IDs for every ensouled head in the game iirc.  1 is noted, 1 is unnoted, but there is a 3rd that also seems unnoted.  Considering i've never seen an enousled head that isn't mine on the ground, i can only assume the 3rd kind is a special kind that can be used to reanime w/o the dark altar, but transforms to the regular tradable kind after trading or teleporting with the head in inv.

May I ask how my signature was causing a display issue? Visually, it appeared perfectly fine to me. Mage Hybrid also seemed to have no qualms about it. It was also approved on the Rs3 Wikia, so it should be capable of carrying over to here, without problems. I would appreciate a thorough explanation.

I created the image myself, due to my preference of Rune armour. In both Rs3 and on 07, I only use Rune equipment. The text was blue as well, to go along with the Rune theme.

No, I do not recall the font. Just use any 'block-like' text, similar to what it was, and it should be fine. Or, is it possible to just upload the image of my signature to this Wikia, rather than Imgur?

If you want to, certainly. I just tried adding the '48' to it though, and now I think I know why you did not. The numbers are incredibly tiny in that font, so it is fine without the numbers. However, I did add a Rune Battleaxe to it. Thank you, I actually like it better than my first attempt.

Retrieved from "https://oldschoolrunescape.fandom.com/wiki/User_talk:Spineweilder?oldid=1469942"
Community content is available under CC-BY-SA unless otherwise noted.