Old School RuneScape Wiki
Register
Don't have an account?
Sign In
Advertisement
in: Locations, Shield of Arrav, The Golem

The Varrock Museum is a museum located in the city of Varrock, just north of the Varrock east bank. It also contains the members-only miniquest the natural history quiz. Here, a player can travel through the history of RuneScape, observe creatures in the basement and clean some specimens from the Digsite.

By doing so players can earn up to 225 Kudos.

Free-to-play players cannot earn kudos and can only view the ground floor exhibits.

The information clerk is located in the north-west corner of the ground floor. She has information about the three sections of the museum. A map is available of the exhibits. She will also give some rewards depending on how many kudos have been earned. In addition, an information booth next to her can be right-clicked to check which tasks players have yet to complete.

The southern end of the ground floor is partitioned off for the processing of incoming samples from the Digsite. A player can earn kudos in this section by helping the archaeology staff clean off incoming samples.

Players wishing to participate must have completed The Dig Site quest. Additionally, the player must be wearing leather boots and leather gloves and must also be holding a trowel, rock pick and specimen brush. All of these items are available from the tool rack on the south wall of the museum.

Uncleaned finds can be taken from the Dig Site specimen rocks pile. They can then be cleaned by using them on an empty specimen table while wearing the leather boots and gloves and having the three tools from the tool rack in your inventory.

Once a player finds something interesting, they may show it to one of the four archaeologists in the room, who will then tell them what case to put the object in. Putting a sample in the correct case results in a reward of 10 kudos.

Some samples have no value and are not of interest to the archaeologists. These samples can be disposed of in one of the storage crates found in the south-east corner of the area. Disposing of a sample will give a player a random reward from the storage crate, usually of very small value.

If it's taking an unusually long time to find the clean necklace, you may have already found it. To check this, talk to Curator Haig Halen and ask "How do I get a medallion?" If you haven't found the Digsite pendant yet, a game message will say "You need to have discovered the Digsite pendant."

In total, 50 kudos can be earned in the Dig Site cleaning area (five possible finds).

The first floor of the Varrock Museum contains various display cases that exhibit the chronological history of Gielinor, with the timeline continuing to the second floor. Talk to Historian Minas about your completed quests to complete the displays.

The following quests are needed to fill all the displays:

Display number 30 (before stealing the statuette during The Golem quest)

Display number 30 (after stealing the statuette during The Golem quest)

There are more display cases here, along with Art Critic Jacques and a seemingly lost Teacher and pupil. It also shows a display of a gnome glider, as well as a portrait of King Lathas.

The basement is the natural history section. There are various creatures on display, and when the button is pushed the exhibit comes to life. The creatures on display include a Red dragon, Tortoise, Desert lizard, Skeletal Wyvern, Kalphite Queen, Terrorbird, Snail, two Sea slugs, Snake, Penguin, Camel, Leech, Giant Mole and a Monkey.

Speak to a nearby natural historian to hear a lecture about each creature. These lectures are the basis for the quiz which follows.

Once a player has spoken to Orlando Smith, they may answer the natural history quiz questions on each display case. After three right answers on one case, that case is done and the player is granted 2 kudos. When a player has given a wrong answer, the previous answers won't be reset. It's also possible to get the same question more than once, but getting it correct multiple times will still get you the kudos.

Completing the natural history section will give a total of 28 kudos. However, there is currently a glitch making it possible Orlando tells you that 'its all done' when you have only gained 26 kudos.

The Museum's paleontology floor is accessed by climbing down the stairs in the centre of the natural history floor. Here, there are 14 small displays, 12 medium displays, five plant displays, and five large displays, where the large display is five sets of supports, which is combined into one very large display of a Leviathan.

To fill a display, a player will need fossils obtained from performing activities on Fossil Island. The strategy for obtaining fossils is explored on the Fossil Island fossil page.

Below is a gallery of the displays: 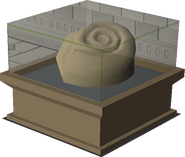 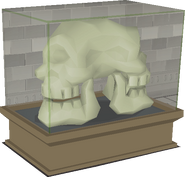 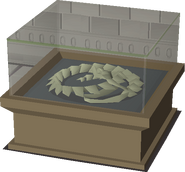 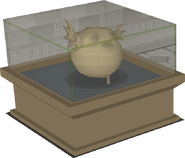 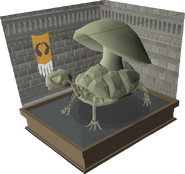 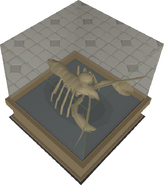 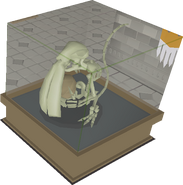 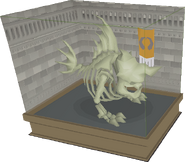 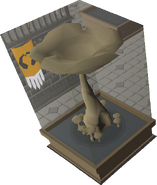 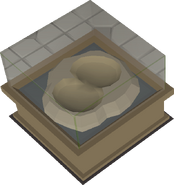 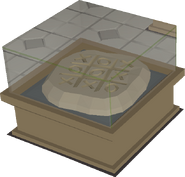 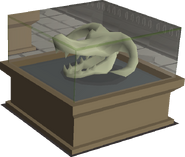 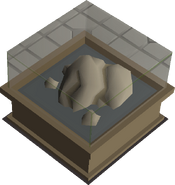 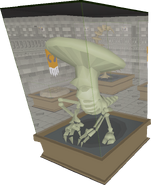 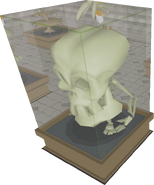 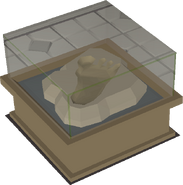 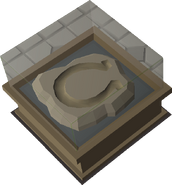 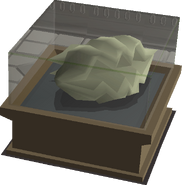 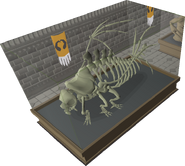 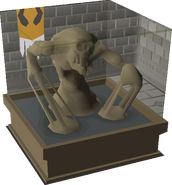 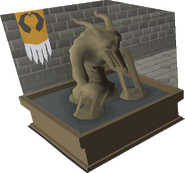 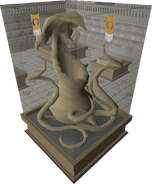