A rather poor looking little dwarf, selling her clothes on the market. 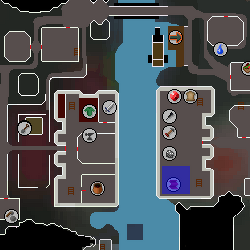 Vermundi is a dwarven clothes seller located in the marketplace building on the eastern side of Keldagrim. She manages Vermundi's Clothes Stall. In addition to selling clothes, she features in The Giant Dwarf quest where she repairs some Exquisite clothes for the statue. Her sister is Agmundi, also runs a clothing store nearby and Vermundi supplies her sister with clothing. Vermundi makes tops, woven shirts, skirts and trousers for dwarves although they can fit humans with some effort.