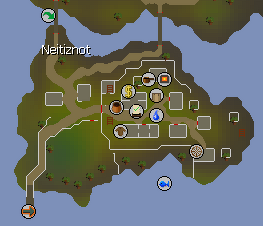 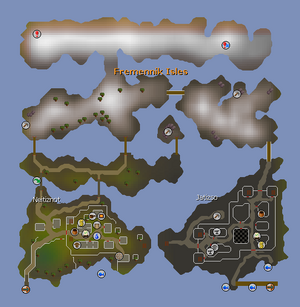 The West Fremennik Isles mine holds three copper rocks and many aggressive ice trolls. Two of the rocks can be mined in relative safety by trapping the ice troll males and runts behind the rocks that you are mining; however, this tactic doesn't work with the ice troll females since they use a Ranged attack. While this area is secluded and isolated from a civilised population, the Neitiznot bank is a short distance away.